0
375 Views
4
Warning: json_decode() expects parameter 1 to be string, object given in /home/jakolmfm/extelicast.com/wp-content/plugins/posts-social-shares-count/classes/share.count.php on line 66
0
Shares

Globacom, in collaboration with the Federal Airports Authority of Nigeria, has introduced the country’s first-ever functional and comprehensive airport Wi-Fi facility.

With this, passengers and other users of the airports will be privileged to connect wirelessly to the Internet through their smartphones, tablets, laptops and other smart devices.

Globacom’s Coordinator, Business Solutions, Mr. Ike Oraekwuotu, said at the Murtala Muhammed International Airport, Lagos that the company was “delighted to bring Nigeria up to speed with one of the best trends in the aviation industry worldwide by introducing ultra high-speed Wi-Fi data experience for travelers and other users of our airports, beginning with Nigeria’s flagship airport, the MMIA.”

According to Oraekwuotu, the facility will be available at both the domestic and the international wings of key airports across the country.

He said it was made possible due to the “great vision and passion demonstrated by the Ministry of Aviation and the FAAN, which both worked diligently with Globacom.”

In a presentation to show how to access the facility, Globacom’s Regional Chief Marketing Officer, Ashok Israni, declared that all passengers using the airport, irrespective of the mobile network, would be able to connect to the facility.

“After which they will be directed to a subscription page where they will be able to buy a Wi-Fi data plan through three options.”

The options, Israni says, include using an existing data plan the subscriber has with Globacom, “or by recharging their line through a Glo recharge card available at the Glo kiosks at the airport, or by paying for the Wi-Fi plan through a credit card.”

He said, “Whichever option a subscriber goes for, they are ushered into a world of reliable, ultra-fast Internet so that they can keep in touch with their relatives, friends, colleagues and associates regardless of whether they are connected to a mobile network or not.”

Israni said users could access the Internet at the speed of as much as 100 megabits per second anywhere around the MMIA, including the departure, arrival, and executive lounges, ticketing and waiting areas as well as passengers welcoming lobby.

He added that the service would be available in 22 airports in Nigeria soon.

The former Minister of Aviation, Osita Chidoka, described the introduction of the facility as a major milestone in Nigeria’s march towards greatness.

Chidoka said that it constituted one of the critical steps necessary for unleashing the latent energy of the nation towards unlocking the potential of the giant of Africa. 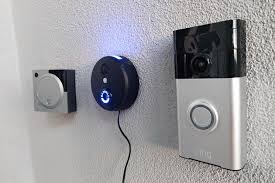