0
922 Views
10
Warning: json_decode() expects parameter 1 to be string, object given in /home/jakolmfm/extelicast.com/wp-content/plugins/posts-social-shares-count/classes/share.count.php on line 66
0
Shares

Ever since air travel was invented, people have been fighting over the window seat. Not any more! The Center for Process Innovation, a British technology and research firm, is creating the future of air travel!

The futuristic planes will actually be windowless. Instead, the entire length of the plane will be covered in OLED touch screens. Essentially giving everyone in plane a virtual window seat!

Within 10 to 15 years these planes could hopefully be a reality!

The touch screens with be connected to cameras that are place all over the outside of the plane. This allows the screens to display a realistic view of what is going on around the plane outside. 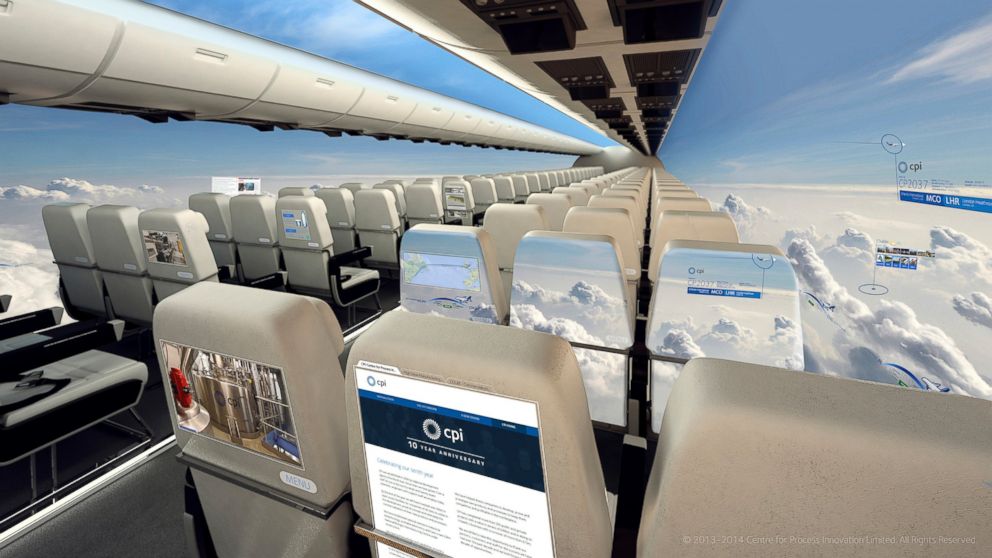 If you get sick of looking at the sky, you can turn the virtual window into an entertainment system as well.

Not familiar with OLED-touch screen technology? OLED is an abbreviation for organic light-emitting diode. This means that there is a film comprised of organic compounds that is capable of projecting light as a reaction to an electrical current.

It might sound scientific, but this tech is currently being used in televisions, tablets, mobile phones, and computer monitors. By the time these planes are actually manufactured. there will most likely be a more advanced screen on the market.

With the entire walls of the plane filled with screens, passengers could look out at the view surrounding them and never have to worry about getting a good seat again.

They say the projections on the screens will reflect the real world outside, I’m sure this new technology will excite a few conspiracy theorists.

This cool, new concept isn’t without its setbacks. Many people have raised concerns that the amount of light caused by all the screens might cause some passengers discomfort.

You can watch the video above to learn more about the future of transportation!